There is no denying that former First Lady Michelle Obama took advantage of a lavish lifestyle during her time at the White House, as evidenced by the countless vacations to all points of the globe, where she was said to have brought along a bevy of friends, staff members, personal assistant, chef, handlers, photographer, baggage handler and tutor. Let’s not forget to mention the Secret Service agents! Truly, she was a spending force with which to be reckoned, similar to the stories about Mary Todd Lincoln.

Add to that the stories of her expensive taste in staff at the White House itself that numbered in the double digits, it could be argued that a great portion of our taxes went to fund Obama’s extravagance. The Fake News Industrial Complex made no bones about the First Lady’s expenditures being off-limits as far as covering what exactly she was spending all our money on, but they also could not keep from informing us of the next jaunt off to another part of the world. While it’s generally believed to be a given that the First Family are going to have vacations, it’s also no secret that the Obamas treated vacations in the White House like the nouveaux rich.

A newly published report has confirmed that comparatively, the former First Lady’s $1.24 million dollar payroll for her 24 staff members overshadows her successor by far more than a half a million dollars. Melania Trump’s staff numbers a mere nine people and the cost savings to the American people from the Obama White House to the Trump White House will blow you away! The Trump administration has completely shut down and in a way, rebuked Michelle Obama for her ridiculous spending of taxpayer money!

Melania Trump is embracing a more active and public schedule as first lady – but she still runs one of the leanest East Wing operations in recent history.

According to a Fox News analysis of White House personnel reports, Melania Trump has significantly reduced the number of aides on the first lady’s office payroll in comparison to her predecessor, Michelle Obama.

This year, just four people were listed working for Melania Trump as of June. Their salaries totaled $486,700. 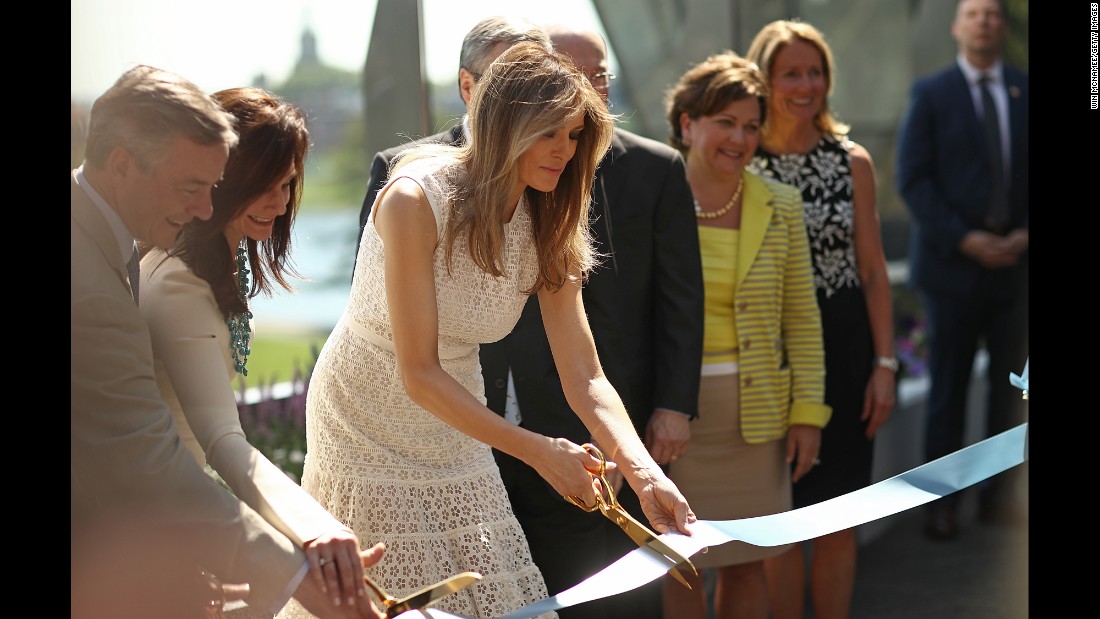 The details are contained in an annual report the White House sends to Congress showing the names, positions and salaries of all its personnel. Both the Obama and Trump administrations acknowledged several additional staffers beyond those listed in the report with the term “first lady” in their titles. But even counting all those employees — 24 for Michelle Obama and nine for the current first lady — Melania Trump’s office is relatively small.

It’s an approach her spokeswoman says is intentional.

“As with all things that she does, she is being very deliberate in her hiring, focusing on quality over quantity,” communications director Stephanie Grisham said in an email. “It is important to her that the team is a good fit for what she wants to accomplish as first lady, and that everyone works well together. She also wants to be mindful and responsible when it comes to taxpayer money.”

While the 2009 annual report listed 16 staffers for Michelle Obama, her press secretary said at the time the staff actually included 24 people. A 2009 FactCheck.org story said Obama’s 24 aides might have broken records.

“That may indeed be the largest of any first lady, but Hillary Clinton, with 19 staffers, and Laura Bush with at least 18 and perhaps more, weren’t far behind,” FactCheck.org said.

Michelle Obama’s staff included: additional press aides, a director of policy and projects, a personal aide, a traveling aide and a director of correspondence.

Michelle Obama’s office did not return a request for comment.

What this proves is that Melania Trump has taken away from Michelle Obama the notion that taxpayer dollars need to be spent on vacations, an entourage, etc. First Lady Trump is proving that many good and productive things can be done in the Office of First Lady without spending an exorbitant amount of money.