As our technology increases in combat, it is ever more fascinating to watch that our military can make such precision strikes that seem impossible. Smart weapons systems and smart vehicles are making human error nearly a thing of the past. Whether the target is hidden or not, cutting-edge technology appears to remove that obstacle completely.

With this new weaponry, it is almost assured that groups like ISIS will ultimately fail when it comes to striking at unawares in the battlefield. As they are skulking inside the city limits pretending to be common citizens, they are much more likely to be able “hide in plain sight.”

ISIS cowards attempted yet another of their magnificently feeble attempts at sending a suicide attack toward an unsuspecting target, only to be thwarted by a vigilant airstrike force waiting for an idiotic move like this!

Never let anyone tell you the U.S. military lacks generosity, because the truth is our men and women in uniform are very generous — so much, in fact, that two years ago they kindly helped an Islamic State group militant briefly touch the heavens.

In a video recording of this very generous act that BBC reporter Feras Kilani posted to Twitter on Tuesday, the lucky militant’s vehicle could be seen being catapulted into the sky after a ground explosion of some type that Kilani attributed to a “US missile” strike.

After about five seconds of floating in the skies, another explosion occurred mid-air, engulfing the car in a tiny mushroom cloud of fury and, presumably, killing the militant.

It appears to be the quickest way for a suicide car bomber to reach Heaven by exploding in the sky after US missile hit him near #kirkuk pic.twitter.com/08YG8kIBhd

What’s unclear is what really happened. According to a report filed by The U.K. Daily Telegraph in April of 2015, a Kurdish fighter from Iraq had uploaded the video to LiveLeak after observing the explosions live.

The problem is that “(r)ival explanations have been offered as to what triggered the initial explosion, though all agree that the car belonged to an Islamic State suicide bomber attempting to attack a Kurdish peshmerga, or army, position near the Iraqi city of Kirkuk.”

Unfortunately, we still don’t know for sure what really triggered the explosions. What we do know for certain is that one very lucky Islamic State group militant and savage got to both touch the skies and go to hell. 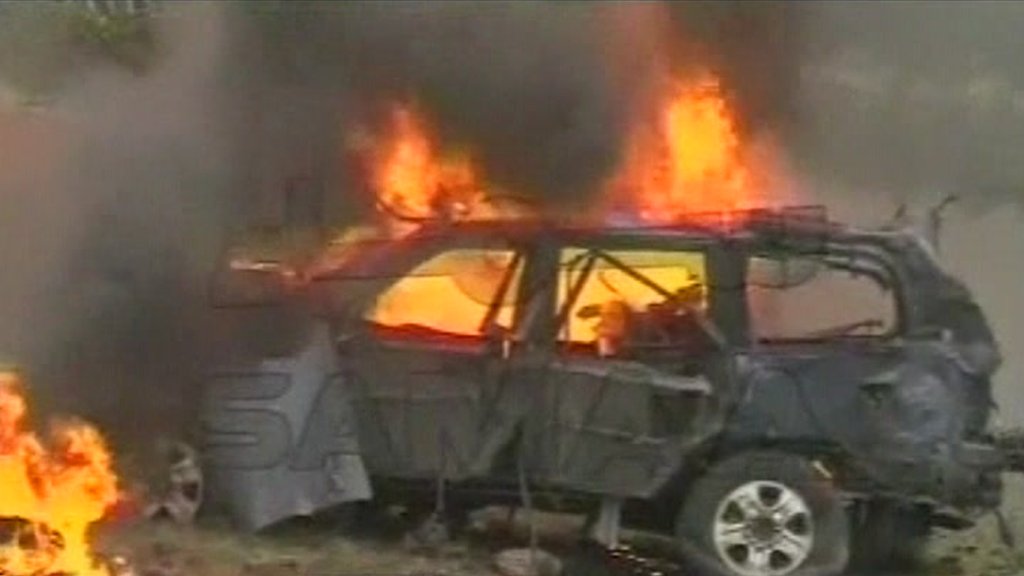 When murderous fundamentalists like these die, it really doesn’t necessarily matter how they died or why they died, but more simply that they expired. No one will lose any sleep over these cowards a massively stupid mission.

As for the missile technician responsible, if I were him, I’d take the credit. If it was an American missile strike that took out the suicide-prone attackers, then so be it. Our forces are all too often more deadly than the opponent anyway and that’s not a stretch to suggest that Americans should carve the notch.