The American system has always been the most generous to those who for one reason or another are unable to obtain the basic necessities of life such as food, clothing, shelter, and healthcare, but that generosity can be abused and taxpayer funds wasted in the process.

In the past, it has been relatively easy for those receiving welfare benefits to spend their taxpayer funded “entitlements” on things like drugs and alcohol, but a new bill has been proposed to put an end to that.

The bill is being proposed by a Florida Republican lawmaker, Rep. Chris Latvala, in which there would be a requirement for welfare recipients to pass a drug test in order to be qualified to get them.

According to Conservative Tribune:

In an effort to cut down on wasting taxpayer dollars, state governments have been taking measures to ensure that anyone receiving government benefits isn’t misusing them.

For example, Florida lawmakers have been considering enacting a bill that would require state welfare applicants with prior drug-related convictions to submit to mandatory drug testing before receiving benefits, according to WESH.

The bill would also reportedly require applicants suspected of being on drugs to pay up to $40 for the drug testing, and those who pass the test would be reimbursed. Those who failed the drug test, however, would be prevented from receiving benefits for a year, or those who completed a substance abuse program at their own expense could reapply after six months.

Rep. Chris Latvala, a Republican sponsoring the bill, said the measure was intended to ensure that those getting state funds are “not using that money for drugs,” according to The Associated Press. 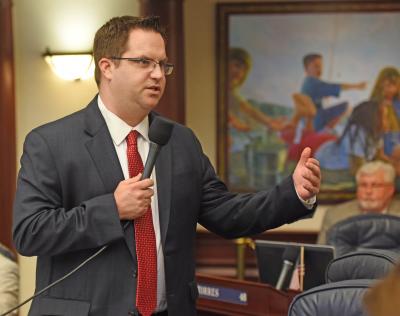 Democrats, of course, decried the bill as “unconstitutional,” based on a federal court ruling on a similar 2011 law that established drug screenings for all welfare applicants.

Rep. Shevrin Jones, a Democrat, said the bill would contribute to Florida being a “place for no second chances.”

If passed, the measure would cost about $500,000 to develop a procedure for the Department of Children and Families to perform these drug tests, in addition to the reimbursement of drug screening costs.

It cleared its first hurdle in the House on April 3 with an 8-2 vote by the Children, Families and Seniors subcommittee, according to the Tampa Bay Times.

Drug testing of welfare recipients suspected of misusing their benefits makes just as much sense as requiring a picture ID to prevent voter fraud. There will always be those who attempt to abuse the system.

Maybe the Democrats aren’t concerned with taxpayer dollars being wasted but it isn’t their hard earned dollars being thrown away!