What his Republican-led Congress could not accomplish, it would seem that President Trump is going to accomplish himself. Of course, reference is being made to the bungled attempt by Republican congressional leadership to fulfill the campaign promise of repealing and replacing Obamacare.

Even Democrats are forced to admit that there a few features of Obamacare that are not working out. Of course, they would never agree to “repeal and replace” as that would be an admission that they and Mr. Obama were wrong, an act of honesty that would be anathema to them. As a result, Obamacare hangs in limbo. It’s going to collapse on its own eventually, and Congress has proven itself incapable of dealing with the problem.

Enter President Trump and his executive orders. He is ending the Obamacare subsidies which represent one key element of the whole program. He claims they are unconstitutional and that their elimination will save $7 billion. The Democrats are horrified, which is a good indicator that the president is on the right track. 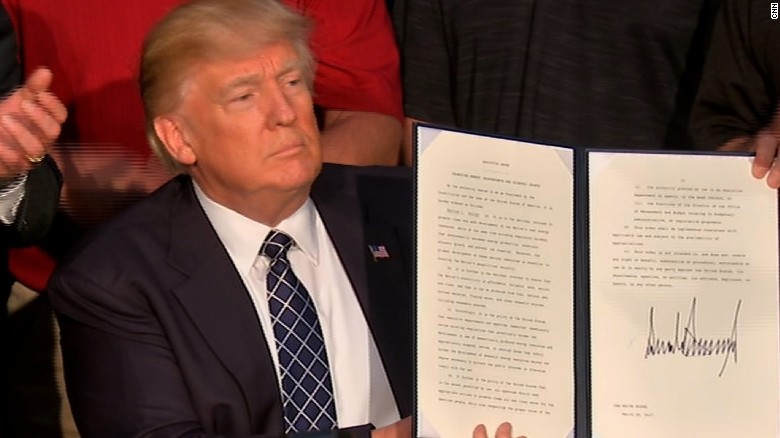 “In the latest blow to former President Barack Obama’s signature healthcare bill, President Donald Trump is set to scrap key subsidy payments to insurers, the administration’s most aggressive move to undermine Obamacare yet.

“The announcement to end cost-sharing reduction (CSR) payments followed an executive order from the president aimed at allowing healthy, young Americans to buy inexpensive healthcare plans outside of Obamacare’s restrictions.

“While the administration has continued making CSR payments to insurers since taking office, the president has often threatened to cancel the payments worth an estimated $7 billion this year.” It looks like that threat is about to become a reality. In addition to the cost savings, this is a brilliant way of forcing Congress to confront Obamacare’s failings and actually do something. There’s no guarantee what that “something” will be, but it will be interesting and likely very entertaining to watch Congress struggle with what will become an issue they cannot ignore.

“‘Based on guidance from the Department of Justice,’ the White House said in a statement, ‘The Department of Health and Human Services has concluded that there is no appropriation for cost-sharing reduction payments to insurance companies under Obamacare. In light of this analysis, the government cannot lawfully make the cost-sharing reduction payments.'”

So not only is it a poor attempt at addressing health care policy, but Obamacare has resulted in the government making unlawful transfers of funds to support it. No wonder Mrs. Pelosi, when House Speaker, didn’t want anyone to read the thing before they passed it.

And she and her counterpart in the Senate are willing to double-down on their support for the failed program by slamming the President’s decision. It won’t work. 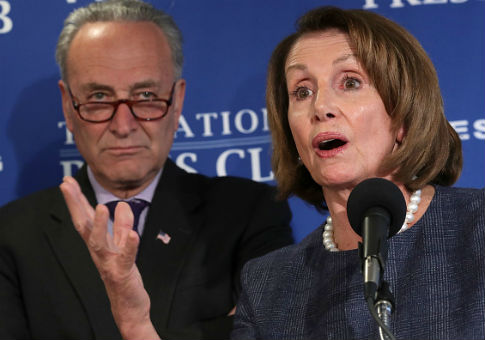 So, in order to attempt to keep Obamacare going, Pelosi and Schumer want the illegal funding to continue. Again, anything to avoid admitting that Mr. Obama’s and their program is a disaster.

No one should expect President Trump to fail to respond their criticism.

The Democrats ObamaCare is imploding. Massive subsidy payments to their pet insurance companies has stopped. Dems should call me to fix!

“‘ObamaCare is a broken mess,’ Trump added in another tweet. ‘Piece by piece we will now begin the process of giving America the great HealthCare it deserves!'”

It would seem that President Trump has just given a disastrous government program a final push to accelerate its assured eventual collapse. Now Congress will have to act. And we will be watching.