In this age of entitlement and victimhood, it is interesting to note that many people today have become almost too comfortable with the notion that every mistake, every misstep, every miscalculation can all be chalked up to fault or blame lying anywhere but on the individual who actually commits the error.

The victim mentality is certainly an easy way to absolve yourself should you run into the problem of being caught in your own lie or misdeeds. Hillary Clinton made blaming anyone or anything else for her shortcomings almost an art form. If not for the facts, polls, and real statistics of the election results, the Russia-collusion fantasy may almost have worked.

Alas, not so for some who have attempted to fall back on race, gender, or religion as the primary motivation of their political enemies. For example, Susan Rice is not blaming herself or her superiors for the unmaking scandal – she is blaming racism and sexism of the right trying to get to the truth.

Former national security adviser Susan Rice isn’t taking one scintilla of blame for the furor over the “unmasking” scandal that has gripped headlines and even grabbed the attention of President Donald Trump. 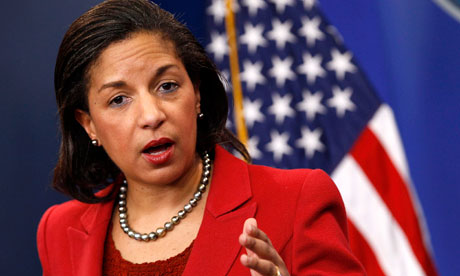 [Interviewer Michael Tomasky of New York Magazine proffered] it might have been because she was the Obama official who went out to various Sunday talk shows to blame the Benghazi attack on a YouTube video. Rice rejected this and offered another reason.

“Does it start there?” she responded. “And why me? Why not Jay Carney, for example, who was then our press secretary, who stood up more?”

Rice then cites the example of another African-American woman in politics, Condoleezza Rice, who was excoriated.

“Let me just put it this way,” she said. “I do not leap to the simple explanation that it’s only about race and gender. I’m trying to keep my theories to myself until I’m ready to come out with them. It’s not because I don’t have any.” If you recall, Ambassador Susan Rice had missteps during the Benghazi kerfuffle that led people to question her honesty with multiple Sunday show appearances where she blamed the now-infamous “video.”

While Rice claims she has been haunted by political opponents, what it comes down to is that Congressional hearings are scheduled not to take down a high profile African-American female, but to get to the truth to see if she did indeed break the law.