The investigation into the spying of Donald Trump and his transition team by former President Obama and his intelligence agencies is ramping up.

The government watchdog group, Judicial Watch, has filed several Freedom Of Information Act (FOIA) requests, which have been ignored by the U.S. Department of Justice (DOJ) and the National Security Agency (NSA) regarding Obama’s National Security Adviser Susan Rice and her communications with both of those agencies.

Now, Judicial Watch has followed up with a lawsuit against both the DOJ and NSA to force them to turn over those documents that are crucial in determining if the Obama administration illegally spied, unmasked, and revealed the identities of Trump staff in order to hurt his presidency. No doubt, Obama might be a little worried! With the news last week of the unprecedented spying on Americans by the National Security Agency under President Obama’s direction, it has become even more critical that we get to the truth about any Obama administration surveillance of Donald Trump and his campaign and the subsequent illegal leaking of classified information in an effort to undermine the Trump administration.

A statement from Judicial Watch revealed:

We filed a Freedom of Information Act (FOIA) lawsuit against the U.S. Department of Justice and the National Security Agency (NSA) for information about Obama National Security Advisor Susan Rice’s communications with the two agencies concerning the alleged Russian involvement in the 2016 presidential election, the hacking of DNC computers, the suspected communications between Russia and Trump campaign/transition officials, and the unmasking of the identities of any U.S. citizens associated with the Trump presidential campaign or transition team who were identified pursuant to intelligence collection activities (Judicial Watch v. U.S. Department of Justice and National Security Administration (No. 1:17-cv-01002)). 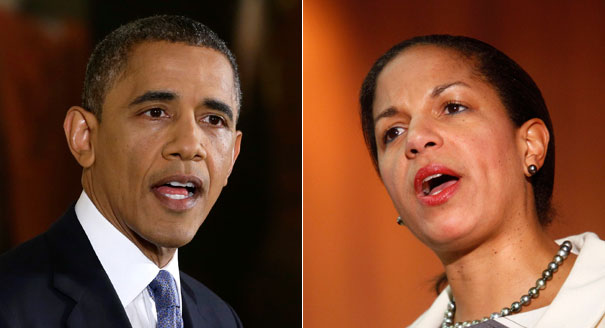 You can see our FOIA request forms the basis for the new lawsuit and is comprehensive:

The timeframe for this request is January 1, 2016, to the present.

This is the fifth Judicial Watch Freedom of Information Act (FOIA) lawsuit (see here, here, here and here) related to the surveillance, unmasking, and illegal leaking targeting President Trump and his associates.  I am confident our investigation is more comprehensive than anything out of Congress, or from the new “special counsel” (see below) in the Justice Department. We agree with the conclusions of Judicial Watch: that these documents are crucial to ending the debate once and for all. Whatever information the documents contain needs to come out for the world to see so the Democrats are forced to shut up about Trump and admit Obama and Hillary are corrupt swamp rats that need to go jail.