The clock seems to be winding backward instead of forward as the policies of Barack Hussein Obama are reappearing as law, despite the fact that the Trump administration is picking apart the Obama legacy piecemeal over the last few months. There seems to be a concerted effort on the parts of the Democrats, the activist Liberal judges, the Fake News Industrial Complex, the Swamp RINOs and the Deep State to ensure that the former president’s policies remain active and unalterable.

That being said, it is somewhat disappointing to see a feeble Attorney General Jeff Sessions sitting on his hands and watching all these proceedings continue to breeze by without so much as a threat of investigation or legal action. Many of the orders and actions that President Trump is taking is on behalf of the American people deal directly with safety and security.

A new policy, to be implemented by the Pentagon, defies President Trump outright and seeks to begin hiring transgenders in the military starting January 1st! Although Trump has stated his intention to end such practices, considering that they are a distraction to the overall mission of the military (which is to protect America and our allies and foreign assets) yet now Trump, who is the Commander-In-Chief of the military, must wrestle with the Pentagon in order to implement a simple directive…that which the Left feels is unilaterally important enough to override the president’s full authority! 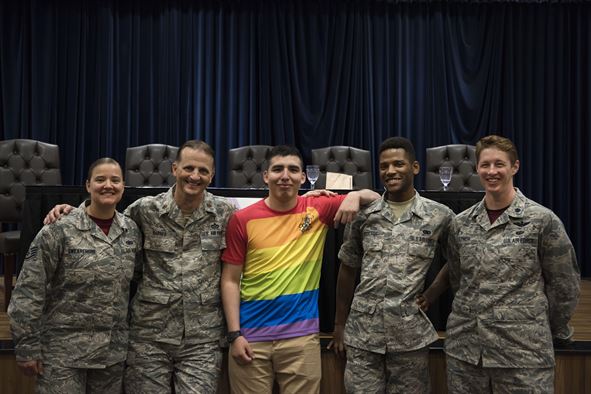 The Defense Department plans to allow transgender people to enlist in the military starting Jan. 1, Pentagon officials confirmed to Fox News on Monday, after a federal court ordered the military to do so despite opposition from President Trump.

The president over the summer announced, via Twitter, a ban on transgender servicemembers. But the directive has since been challenged in the courts, and a federal judge last month said the U.S. military must accept them starting Jan. 1.

The new policy reflects growing legal pressure on the issue and the difficult hurdles the federal government would have to cross to enforce Trump’s demand.

Potential transgender recruits will still have to overcome a lengthy and strict set of physical, medical and mental conditions that make it possible, though difficult, for them to join the armed services.

Maj. David Eastburn, a Pentagon spokesman, says the enlistment of transgender recruits will start Jan. 1 and go on amid the legal battles. The Defense Department also is studying the issue.

Transgender individuals receiving hormone therapy also must be stable on their medication for 18 months.

Last year, then-Defense Secretary Ash Carter ended the ban on transgender service members, allowing them to serve openly in the military. He said that within 12 months — or by July 2017 — transgender people also would be able to enlist.

Trump, however, tweeted in July that the federal government “will not accept or allow” transgender troops to serve “in any capacity” in the military. A month later, he issued a formal order telling the Pentagon to extend the ban. He gave the department six months to determine what to do about those currently serving.

Trump’s decision was quickly challenged in court, and two U.S. district court judges have already ruled against the ban. Part of one ruling required the government to allow transgender individuals to enlist beginning Jan. 1.

The government had asked that the Jan. 1 requirement be put on hold while the appeal proceeds. The Pentagon move Monday signals the growing sense within the government that authorities are likely to lose the legal fight.

The simple fact that the Left was able to catapult this issue into the headlines is, in and of itself, utterly ridiculous. The transgender numbers are so incredibly miniscule as to be nearly non-existent, yet the entire massive military organization must somehow alter its policies that have been in existence for 300 years in order to assuage a population that is literally a tear drop in an ocean.

The stories of the Obama-era rules for soldiers dealing with transgenders is even more offensive than the mere fact of the Pentagon ignoring its Commander-In-Chief. A female soldier is instructed to “act normal” in a shower if a man enters the same shower and that, if she reacts in a negative way, can and will suffer punishment through official warnings that could very well impact her career future. It’s ludicrous to believe that our military which is there to protect our citizens must now be host to a bizarre and potentially deadly and disruptive social experiment.