There is little doubt that immigration is going to remain a topic of great interest for the duration of President Trump’s tenure. Emotions run high on both sides of the issue, and we are a long way from any sort of reconciliation. In fact, given the stakes involved, it’s unlikely that any reconciliation is going to happen.

Part of the problem is that this is a multifaceted issue. It’s not just a matter of forcing those entering the United States to follow our immigration laws. Immigration touches on security in that it’s unlikely that any would-be terrorists are going to reveal their intentions at the border. It also touches on the economy in that some businesses are eager to maximize immigration as these people often take jobs for very minimal wages thereby boosting profits.

Then there are the political issues. Those who manage to get into the country illegally can become a rich source of votes if handled the way the left would prefer. Warehoused in sanctuary cities, they can be provided with generous welfare benefits until such time that a program or other method comes along to get them voting rights. There should be little doubt as to which party they can be expected to support.

Yet perhaps the most explosive issue is what is to be done with those who were illegally brought into the country by their parents as young children. They have grown up here, and while innocent of wrongdoing due to their age when the entered the country illegally, the fact remains that they are illegal aliens, and hence subject to deportation.

At least they were until Mr. Obama issued an executive order creating a program called Deferred Action for Childhood Arrivals (DACA). This enabled these so-called “Dreamers” to apply to remain in the U.S. and continue to hold jobs and enjoy other benefits as though they were here legally.

President Trump has ended DACA, but in a rather unusual way. Attorney General Sessions announced that the program is being phased out over a six-month period during which time Congress can address the issue. The left is furious, as expected. However, what is not so obvious is the difficult position this puts House Speaker Ryan in. As we know, Mr. Ryan has not been particularly helpful in passing President Trump’s agenda. In fact, he has very little to show. Now he’s got the proverbial hot potato with which to contend. Ryan has indicated that he has wanted to see DACA cancelled and replaced with a bill supporting the Dreamers. President Trump has said that he has a special place in his heart for the Dreamers.

So now Mr. Ryan has the issue he at least claimed that he wanted. But the question remains as to whether he can put together a bill that will not only pass the House, but the Senate as well and receive the president’s signature. With the president having revealed nothing about what would have to be in such a bill to get his signature, Mr. Ryan’s problems just got worse. 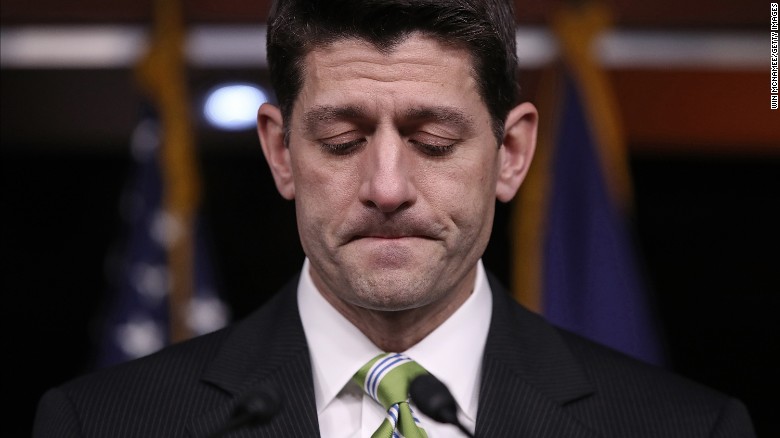 Ryan wants the Dreamers to stay, but to make that happen he has to pass legislation he has no idea the president will sign. Given Speaker Ryan’s pitiful support for a president from his own party, the problem couldn’t land in the lap of a more appropriate guy.

“The Trump administration on Tuesday announced the ‘orderly wind down’ of the Obama-era program that gave a deportation reprieve to illegal immigrants who came to the U.S. as children – putting pressure on Congress to come up with a replacement.

“‘I do not favor punishing children, most of whom are now adults, for the actions of their parents. But we must also recognize that we are a nation of opportunity because we are a nation of laws,’ President Trump said, in a lengthy written statement explaining the decision.

“The Department of Homeland Security formally rescinded the Deferred Action for Childhood Arrivals program, known as DACA, with a six-month delay for current recipients. According to Acting Homeland Security Secretary Elaine Duke, the interval is meant to give Congress ‘time to deliver on appropriate legislative solutions.'” 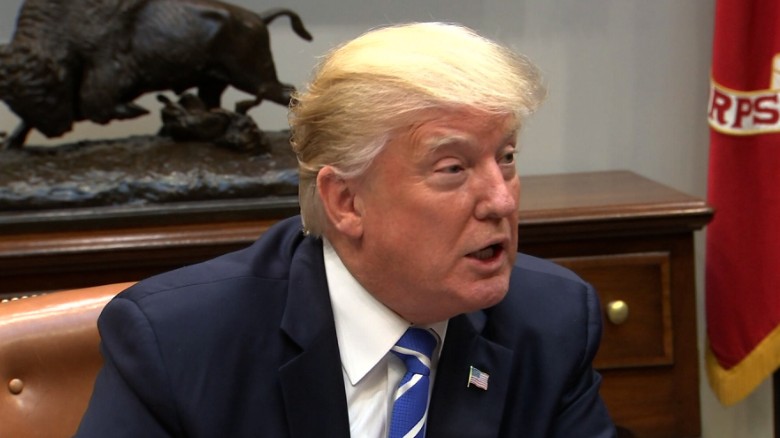 For all the screaming the liberals are doing, that statement does not say that President Trump will not sign legislation offering accommodations to the Dreamers. It says Congress will have to pass legislation to deal with the situation over a six-month grace period.

Yet there’s the snag. The idea of Congress, especially this one lead by Ryan and McConnell getting anything done in six months is an amusing thought. In fact, one could be excused for believing that President Trump sent the DACA issue to Congress for the sole purpose of giving it the deep-six and letting Congress take the blame for the program’s demise.

However, President Trump has sounded a conciliatory note regarding DACA and his willingness to support congressional efforts to protect the Dreamers. “‘This is a gradual process, not a sudden phaseout,’ he said. ‘Permits will not begin to expire for another six months, and will remain active for up to 24 months. Thus, in effect, I am not going to just cut DACA off, but rather provide a window of opportunity for Congress to finally act.'”

What has happened here is both the president and the attorney general have stated that Mr. Obama’s executive order was unconstitutional and likely to be overturned in court as a usurpation of congressional authority. So, the president has chosen to continue to program temporarily until Congress configures a program for the Dreamers that he will sign.

“‘Congress, get ready to do your job – DACA!’ Trump tweeted Tuesday morning.”

What that might well mean is that Mr. Ryan has just been put on the hot seat by a president who has grown tired of a House Speaker who cannot or will not move the president’s agenda ahead. This six-month period during which DACA can continue while Mr. Ryan attempts to do his job means there is a deadline. And that’s got to be something Mr. Ryan hates.