Can you believe it? All 100 senators agree on something?

How big of a deal must this be? For them to all sign this most important letter, led by Marco Rubio and Chris Coons?

Israel has long been bullied by the United Nations (UN). It is absolutely unreal how many times the UN has done its best to attack Israel by declaring resolutions against them. It has come to a point where the United States has seen enough of the anti-Israel bias throughout the entire UN.

So, the US has decided it’s time to hold the UN accountable for their actions. What is the most surprising is that all 100 senators signed a letter, a completely bi-partisan motion, that they are done with the anti-Israel propaganda that is going around the UN.

Though it is rare for the United States Senate to agree unanimously on anything, one such instance of true bipartisanship occurred Friday, astonishingly in regard to the increasingly divisive issue of the Jewish state of Israel.

The Washington Post reported that a letter signed by all 100 senators was released Friday as it was sent to United Nations Secretary General Antonio Guterres, a message decrying the incredibly biased treatment of Israel by subdivisions of the international body.

The letter, co-authored by Republican Florida Sen. Marco Rubio and Democrat Delaware Sen. Chris Coons, stated, “Through words and actions, we urge you to ensure that Israel is treated neither better nor worse than any other U.N. member in good standing.”

Though the letter didn’t directly call for the U.S. to defund the U.N., there was nonetheless animplied threat in the message that funding could be put in danger if the international body didn’t satisfactorily address the issues raised in the letter regarding the treatment of Israel.

“As both the U.N.’s principal founding member and its largest contributor, the United States should insist on reform,” stated the letter. “We are deeply committed to international leadership and to advancing respect for human rights. But continued targeting of Israel by the U.N. Human Rights Council and other U.N. entities is unacceptable…” 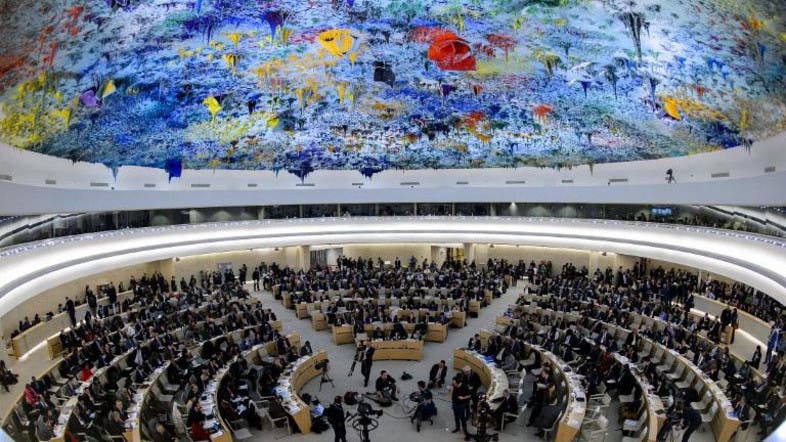 The strongest condemnation, however, was reserved for the U.N. Human Rights Council, which is made up of many nations that routinely violate the human rights of their own citizens, for devoting much of its time to “unwarranted attacks on Israel,” most particularly the permanent “Agenda Item VII,” which pointedly targets Israel for alleged human rights violations while ignoring virtually all others.

This is a spectacular moment. Democrats and Republicans were able to put aside their differences in support of Israel. Having each senator sign this letter will show the UN that the US will not back down on its protection of Israel. Hopefully this letter will be the game changer in helping, rather than harming Israel.

If not, it may be time to put our taxpayer dollars back into the hands of Americans!