Far from being an asset to the conservative cause, let alone the Republican Party, Senator John McCain is a liability. He feigns a “maverick” image, but he’s really just erratic and unreliable with liberal tendencies. Perhaps he has more in common with the Democrats than we think. Given his defeat by Mr. Obama in 2008, he could be a common member of the Sore Losers Club with Hillary.

While we regret his illness, we also regret his presence in the Senate where he occupies a seat that could be held by a real conservative had the Republicans of Arizona wised up and quit nominating this man to run on their ticket. He’s a confirmed RINO, a warmonger, and might be just as much an opponent of President Trump as many Democrats.

In opposing President Trump, Mr. McCain has chosen someone who is not used to backing down. Mr. Trump may not win every time, but he will put up a heck of a fight. And in shooting down the Obamacare replacement legislation, McCain now has a determined opponent on his hands – the president. President Trump has responded to McCain’s obstruction by tweeting a video of the senator promising to repeal Obamacare. Mr. Trump’s comment? “My oh my has he changed.” 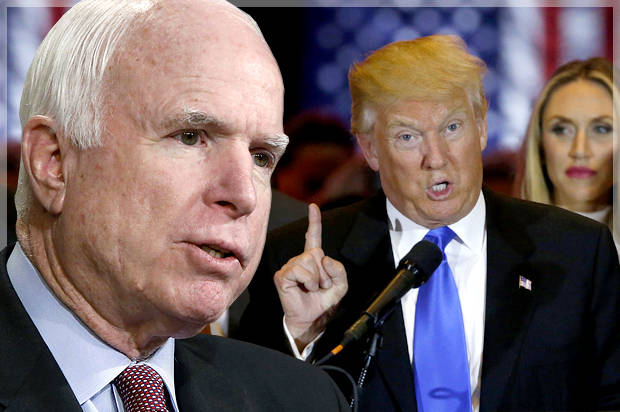 “If McCain thought that his vote [against the legislation to repeal and replace Obamacare] would be forgotten, or perhaps remembered as a profile in courage — well, it certainly doesn’t look that way from here. And, as President Donald Trump reminded everyone, McCain’s vote was a stab in the back to voters who relied on McCain’s repeated promises to repeal Obamacare.”

A few of the many clips of John McCain talking about Repealing & Replacing O'Care. My oh my has he changed-complete turn from years of talk! pic.twitter.com/t9cXG2Io86

Mr. McCain now has the distinction of being a key player in causing the Republican Party to lose its best chance at getting rid of the disastrous Obamacare legislation. This was a priority for the Republicans and President Trump. From the video, it appears to have been a priority of McCain’s, at least in the past. That is if you can believe what he said.

“However, now that the GOP-led Congress has given up its final effort to pass Obamacare repeal — a weaksauce, establishment-friendly last-ditch effort at that — it’s instructive to remember who shares the most responsibility for that failure.

“All McCain had to do was cast the deciding vote and the Senate’s plan would have gone into conference, where problems could have been hammered out. That’s all he was being asked to do. That’s what he torpedoed at age 81, in what is almost certainly his final term in the Senate.” 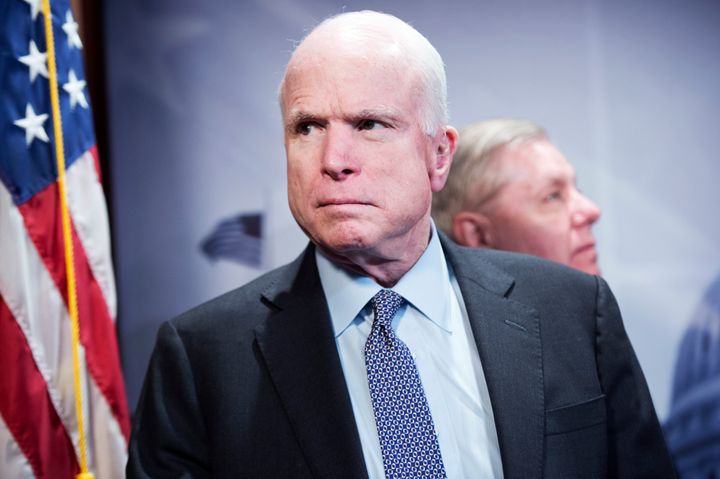 Did McCain take this action out of spite for President Trump, sort of like the vindictiveness and jealousy of Hillary? After all, they both failed in their bids to become president, and Donald Trump succeeded. Could McCain be that petty and spiteful? Probably.

Senator McCain can talk about being independent, following his conscience, or whatever else he would like for us to accept. Work on his image all he wants, his actions tell the true story.