Near the beginning of the year, when the United Nations (UN) let the US know that it was delinquent on its dues to the New York body by about $1.2B, the news did not go over well with the Trump administration. In fact, in his address to the UN, he made sure to take a little jab at the fact that the dues for the US are the highest of any nation ($800K annually) and that it was really an unfair amount when it came to what the US provided in influence and assistance.

To say that the UN and the US have had a rocky relationship whenever a Republican president has been in charge is a colossal understatement. Yet the fact that we have remained as a member of the New York body remains a mystery to many who have observed the outright disrespect of both the United States and its allies. There was a moment a few months ago when the Trump administration made no bones that it believed that the UN was an anti-Semitic body.

At a time when the civil strife was tearing apart Syria and a flood of migrants, refugees and asylum seekers were washing up on the shores of southern Europe over the Mediterranean, the UN completed a New York Declaration of the United Nations Immigration Treaty, demanding that all advanced member states participate in the program. Many of the edicts were found to be those with which the Trump administration disagreed, therefore, the president directed Ambassador Nikki Haley to announce that the US was officially withdrawing from the Treaty, effective immediately! 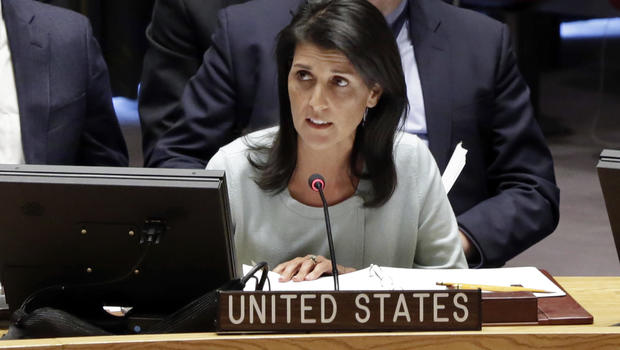 United Nations Ambassador Nikki Haley announced, over the weekend, that the Trump Administration has decided to pull the U.S. out of a non-binding U.N. agreement calling for a global response to the international flow of migrants.

Ambassador Haley made the decision final on Monday.

In a statement released to media over the weekend, Ambassador Haley made it clear that the U.N.’s Global Compact on Migration, while technically non-binding and host to no enforcement clause that would negatively impact the United States if it failed to fulfill its commitment, violated the Trump Administration’s priorities on immigration and put American borders at risk. 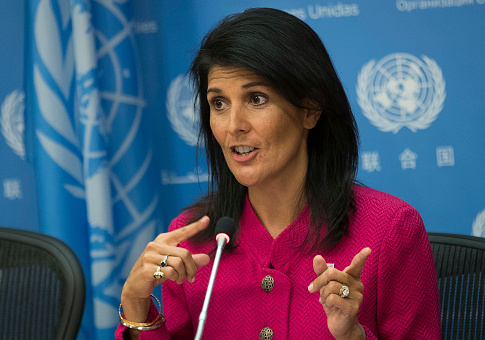 “[Our] decisions on immigration policies must always be made by Americans and Americans alone,” the statement read. “We will decide how best to control our borders and who will be allowed to enter our country. The global approach in the New York Declaration is simply not compatible with U.S. sovereignty.”

The Compact was, itself, fairly innocuous, at least on its face, calling for “enhance[d] international cooperation in dealing with present and future waves of immigration,” a more global approach to border security, and a promise not to harass child migrants who may not qualify for refugee status. But in practice, the Trump Administration believes it could be used to shame the United States into loosening its immigration laws.

Sources told Foreign Policy that Ambassador Haley was in favor of remaining as a party to the treaty, but Secretary of State Rex Tillerson was not, and the Trump Administration eventually fell on Tillerson’s side.

“The role of the United States in this process is critical as it has historically and generously welcomed people from all across the globe and remains home to the largest number of international migrants in the world,” a statement from the U.N.’s body on migration reads. “As such, it has the experience and expertise to help ensure that this process leads to a successful outcome.” Had Secretary Tillerson come down on the side of Ambassador Haley, I suspect that the president might still have chosen this decision, considering that his policies seem to run counter-intuitive to these UN measures.