Since President Donald Trump ordered state law enforcement agencies to assist the US Border Patrol in their efforts to identify and detain illegal immigrants attempting to sneak in, more illegal border crossers are being apprehended before getting very far into the US.

But the human smugglers are not dissuaded easily and their methods are wide-ranging.

An astute citizen in Odessa, Texas alerted Department of Public Safety officers to a suspicious U-Haul moving truck. As the truck was pulled over and searched, 16 illegal immigrants from Mexico, Guatemala, and El Salvador, including a 1-year-old infant, were found! 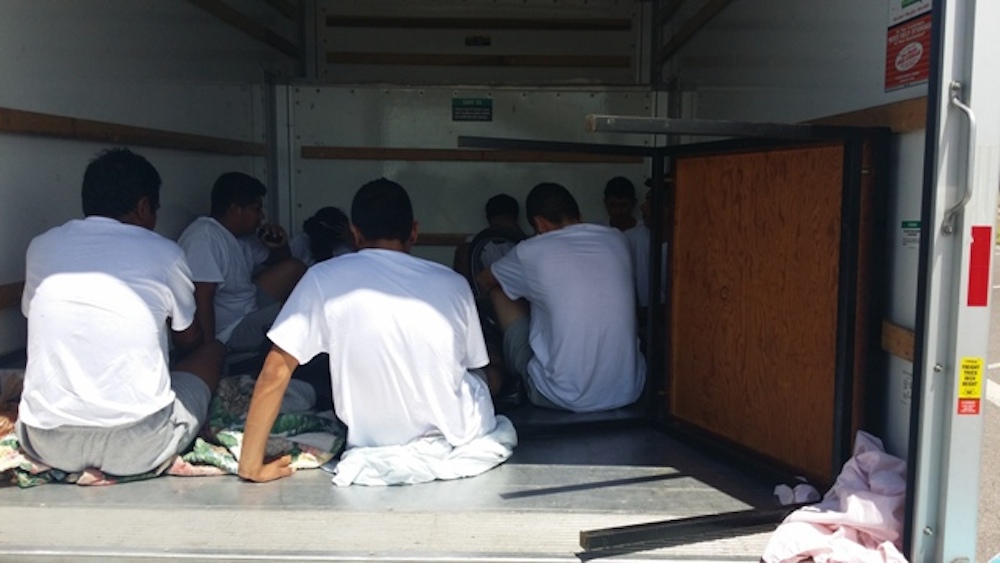 The suspected illegal aliens were from Mexico, Guatemala, and El Salvador, officials stated. In addition to the infant, there were 15 adults in the back of the truck, CBS7 reported.

The local CBS affiliate noted that Border Patrol agents believe that the human smuggling operation came out of El Paso, on the Texas-Mexico Border approximately 283 miles away. A citizen notified DPS about the truck. 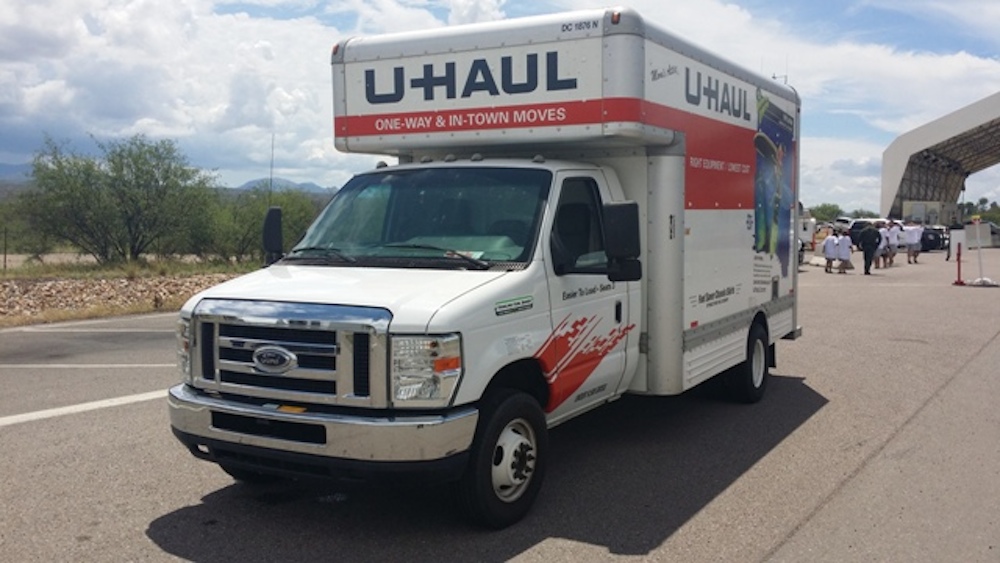 Illegal immigrants face many hardships and life-threatening dangers when trying to get into the US:

“Coyotes” or human smugglers use a variety of means to haul their cargo. Many times, these individuals lives are put at risk–some even die. When packed into the back of a truck, people are put at risk of severe injury or death in the event of a crash. They are also locked inside the cargo area, unable to escape in the event of an emergency. Additionally, heat inside can reach dangerously high levels exposing the people to possible heat exhaustion, stroke, or dehydration.

The attempts by illegal immigrants to get into the US will not end anytime soon, but thankfully we have smart citizens, and well-trained public officers to stop these smugglers right at the border.

Law enforcement and the Border Patrol can be relied upon to willingly follow President Trump’s orders to police the borders and do what they can to keep them secure. So far, they have done a great job under Trump!

Here’s hoping they keep up the great work in making America safe again!