The Republican Congress has been relatively ineffective due to fractures within the party. While Democrats have their share of this problem as well, it looks like there are two Republican parties. One supports conservative principles, and the other consists of the neocons or RINOs. Typifying the latter are Republicans such as Lindsey Graham, John McCain, and Paul Ryan.

When the leadership of a party consistently wants to go in a direction at variance from what a majority of its members claim they want, there is a problem. And it makes one wonder how these party leaders managed to get into power and remain in those positions. In fact, there are forces building within the Republican party that are determined to get the RINOs out of power so a consistently conservative agenda is pursued by Republicans instead of the fractured leadership now on display.

One top RINO is House Speaker Paul Ryan, and one recent incident demonstrates that his loyalty is not to a conservative political ideology and agenda. In fact, this incident has Ryan supporting Hillary. When she issued a condemnation of a bill that would ease restrictions on the purchase of silencers for handguns, Ryan buried the Republican bill that would do just that. When a Republican speaker shows more deference to Hillary Clinton than to the president who happens to be from the same party, something is very wrong.

“After the Vegas attacker killed at least 59 and wounded over 500, Hillary Clinton tweeted:”

The crowd fled at the sound of gunshots.

Imagine the deaths if the shooter had a silencer, which the NRA wants to make easier to get.

This is classic Clinton. Always use a tragedy, regardless of how severe, to advance their left-wing political agenda.

It is also classic Paul Ryan to turn his back on conservatives, although one must admit that siding with Hillary Clinton is a new low, even for a neocon such as Ryan. 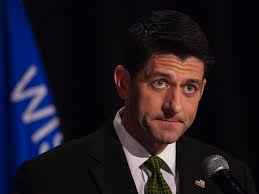 “Ryan has now shelved the Hearing Protection Act, which was introduced into Congress on January 9; it is the legislation containing suppressor deregulation. The Act does not legalize suppressors–as they are already legal–rather, it removes the burdensome process for acquiring them and erases the federal tax that must be paid in order to receive permission to posses one.”

Even if silencers were completely outlawed, this would not reduce crime. The problem lies not in the tools used, but in the motivation and integrity of those involved in the debate.

Caving in to pressure from failed presidential candidate Clinton is no way for someone who claims to be from the Republican party to act. Paul Ryan needs to go as house speaker. In fact, all the neocons need replacement.