Former FBI Director Comey may not be Donald Trump’s favorite person these days, but one thing he is doing is digging himself out of a deep hole of his own creation. Between constant leaks that made the FBI look like Daffy Duck during hunting season, as well as continual allusions to conversation memos, notes and audio tapes, Comey was not appearing to be the most stable of personalities.

The Senate Judiciary Committee, led by Chairman, Senator Charles E. Grassley (R-IA) and Ranking Member Senator Dianne Feinstein (D-CA), who has seemed to be rather terse with Democrats lately, have been very busy lately, looking into the Hillary Clinton email server scandal, the Russia-collusion charges, the James Comey firing, and the Trump-dossier affair. Throughout all of this, the committee has come upon new information regarding the Clinton email server scandal that threatens to unravel another complex web of deceit.

A new document has come to light, to which James Comey made reference in his testimony two months ago. That document may just put the then-Attorney General of the Department of Justice under the microscope, for it is Loretta Lynch who is now being look at with renewed interest. Seems that she will be called upon once again to answer questions regarding a woman named Amanda Renteria.

Former Attorney General Loretta Lynch is denying allegations she assured the Clinton camp that the FBI’s email probe would not go too far. This directly contradicts Comey’s claim that Lynch did interfere with the 2016 presidential election by assuring Hillary’s camp that the probe would be halted.

Fired FBI Director, James Comey had a SECOND meeting with former Attorney General Loretta Lynch where he confronted her about her election interference. During the conversation, Comey told lawmakers he confronted Lynch with a highly sensitive piece of evidence, a communication between two political figures that suggested Lynch had agreed to put the kibosh on any prosecution of Clinton, Circa News reported.

Former Attorney General Loretta Lynch is denying allegations she assured the Clinton campaign that the FBI’s email server investigation would not go too far.

“To the best of her knowledge and recollection, neither Ms. Lynch nor any representative of the Office of the Attorney General discussed the Clinton email investigation with Ms. Renteria, Representative Wasserman Schultz or her staff, or any DNC official,” Lynch’s spokesman countered.

In testimony before a House committee last year, Lynch stated she had not spoken to any members of the campaign or anyone affiliated with the campaign during the investigation. 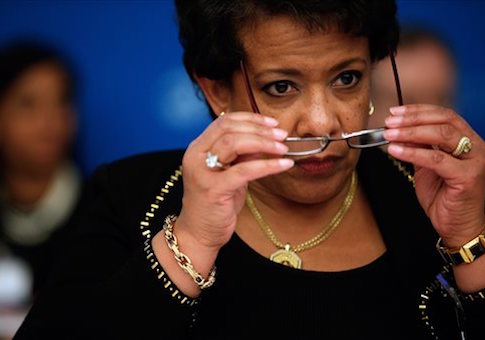 Additionally, there have been whispers that Debbie Wasserman-Schultz may also have been involved in the chain of missives that were circulating about this issue.

If it does indeed turn out that the former Attorney General had been in contact with Clinton campaign officials, the charges of obstruction of justice could theoretically be leveled against her.