There is a saying in America that often gets people very upset, but which has some truth to it. It goes something like “there’s not a dime’s worth of difference between the two major parties.” Typically, this is expressed in frustration over the behavior of selected Republicans such as Senator McCain who seem very eager to embrace some of the liberal positions of the Democrats.

Like most generalizations, it’s not entirely accurate. To draw any equivalence between the political views of Senators Ted Cruz and Rand Paul and those of Nancy Pelosi and Maxine Waters is absurd. They don’t agree on much more than where the Capitol building is located.

All that said, we have a Republican legislator in Oregon who is supporting the violation of the Second Amendment through the confiscation of firearms. He clearly is in the wrong political party as well as a danger to the liberties and the safety of those in that state who he purports to serve. With the enactment of the bill he has promoted, the Second Amendment has been eliminated in Oregon. “Oregon lawmakers have passed a new bill allowing the government to seize firearms and concealed carry permits. The legislation has now passed the House and Senate.

“Citizens can now be forced to hand over their firearms via an ‘Extreme Risk and Protection Order.’ To make the bill even more unconstitutional, the legislation allows an ex parte ruling, so the hearing for your gun confiscation will happen without you present.”

The NRA weighs in on the matter in this way:

“Based on a California law enacted in 2014, SB 719A would create a so-called ‘Extreme Risk Protection Order’ (ERPO) that could be obtained by a law enforcement officer, family member, or household member in an ex parte hearing to deprive someone of their Second Amendment rights without due process of the law. [Source: NRA]”

This is an open invitation to abuse as pointed out:

“This ex parte order, which strips citizens of their Second Amendment rights, does not allow gun owners to defend themselves in a court of law since they are not required to be present during the hearing. This means a family member or pissed off neighbor with different political views can decide to allege things against you, and you may not even get the opportunity to defend yourself or protect your rights.” 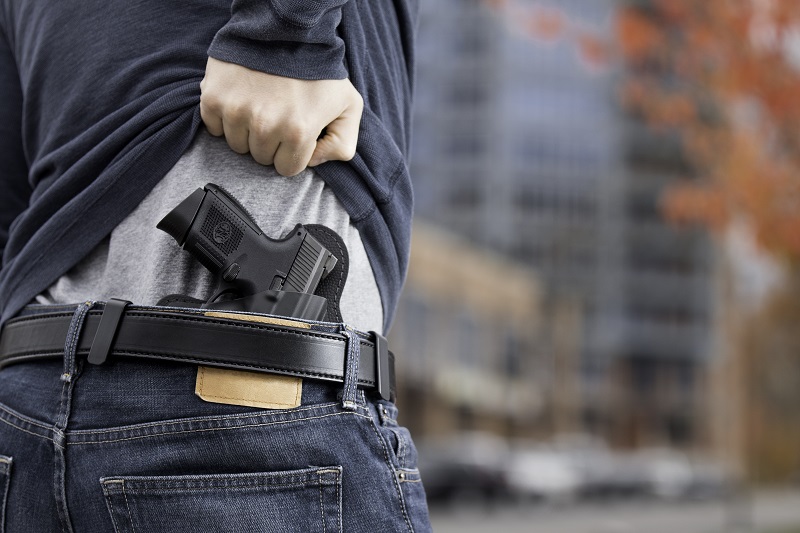 What can be said about this legislation? Unconstitutional. Offensive. Dangerous. And a back-door approach to gun confiscation as well as the intimidation of lawful gun owners who might be deterred from purchasing a firearm by such draconian edicts.

What else can be said? This law has little to no chance of going unchallenged in court. And this derelict Republican legislator who supported this bill needs to be voted out of office at the next opportunity.