We Americans have a most favorite day of the year, don’t we? That, of course, would be April 15, or in the case of this year, a couple of days later. I do say this in jest.

The complexity of our tax system is mind-boggling. How did it ever get this way? The answer to that is simple. The tax code is not meant to be fair. It is designed as a tool, first to raise funds for the federal government, but also to manipulate the economy and reward and punish various sectors of the economy for political reasons.

So we’re stuck with this byzantine system of generating government revenue. However we should not be stuck with jackasses masquerading as public servants running the system.

John Koskinen is the current Commissioner of the IRS. At a hearing, “Senator Pat Roberts (R-KS) asked him if he would immediately turn in his resignation to the Treasury Secretary Steven Mnuchin.” Of course, Koskinen’s answer was no, claiming that he would complete his term which ends in November. 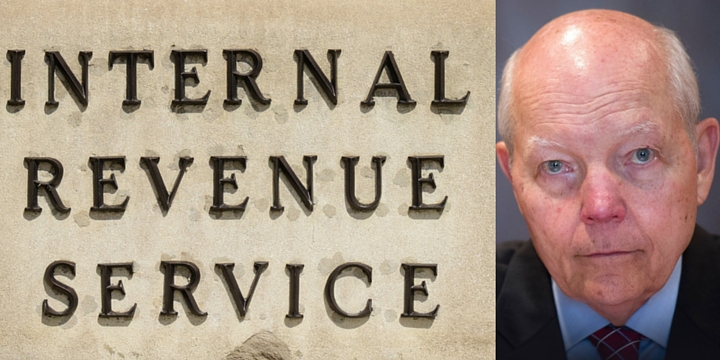 Recall the issue of the Obama administration using the IRS to target conservative organizations. Koskinen, as head of the IRS, would be in the middle of this scandal, hence Senator Roberts’ request that he resign.

In response to his refusal to resign, Roberts had this to say to the commissioner: “‘Seven years after the IRS commenced its campaign against conservative groups and close to four years after Lois Lerner publicly apologized for what was going on, I do not believe we have meaningfully addressed the issues that political targeting raises whether they be conservative, liberal, whomever,’ Roberts said. ‘And I don’t think anybody’s been held accountable,’ he added. ‘In fact, in checking, these organizations are still experiencing delays and I think this is really unacceptable.'”

Apparently, this is one of the only jobs this guy can perform since he announced in a speech at the National Press Club that, “I should warn you that although this is my last visit to the Press Club as IRS Commissioner, don’t necessarily assume you’ve seen the last of me,” he said. “While I plan to retire in November, I could come back in some other position one of these days, ’cause after all, I’ve already failed retirement twice.”

This gives you a view of the sort of person Mr. Obama appointed to top positions in government – someone who cannot even figure out how to retire on a cushy government pension. And he’s going to use his past position to find another government stooge job. How despicable!

And you wonder why tax season is such a misery?