The court system in our nation is supposed to be all about discovering the truth and delivering justice. It went off the rails some time ago. As of late, the court’s sympathy toward Islam has given judges to find yet another opportunity to create law to fit their own, typically politically correct, ideology. In so doing, they become a corrupting influence on justice.

Laws are established in the United States for all to obey. Islam is a faith that comes complete with its own legal code known as Sharia. Hence there is a thinking, and practice, among some Muslims that places their belief system above the laws of the United States, as well as its states and communities. Our courts should correct this problem, but instead some are encouraging it.

Muslims applied to build a mosque in a town in New Jersey on a piece of property zoned residential. Their application was denied. The Muslims sued. They won in court. The town was ordered to pay the Muslim group $3.25 million. Our courts have gone nuts as they participate in national suicide. “The incident began in Bernards Township after a Muslim group bought a 4.088-acre property in 2011, and the new owners were set to tear down a current residence on the lot and erect a mosque that would draw more Muslims to the area.

“According to NBC News, the residents of the small town did not want this happening and decided to put an end to it. Come to find out, the Muslims bought residential land but didn’t intend for it to be used that way, allowing the town board to reject their request to build a mosque.

“Unfortunately, that wouldn’t be the end of it as the Muslims fought back by filing a lawsuit in which they asked for millions of dollars for the ‘discrimination’ they faced. Even worse yet, they won the case, resulting in the town being forced to pay the Muslims $3.25 million taxpayer dollars.” 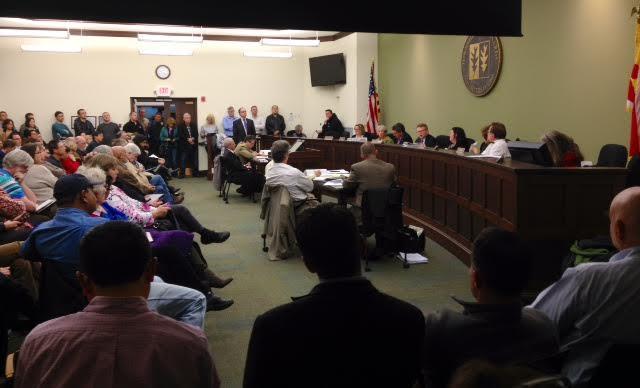 If you are looking for graciousness from this Muslim group, you will get an “in your face” official remark instead.

“‘Municipalities around the country should pay close attention to what happened in Bernards Township,’ the society’s lead counsel, Adeel A. Mangi, said in a statement. ‘The American Muslim community has the legal resources, the allies, and the determination to stand up for its constitutional rights in court and will do so.'”

What he neglected to say is that the Muslim community has also been able to count on judges in the US who are derelict in their responsibilities, are betraying the laws of our nation, and who should be removed from office.