Many Westerners don’t know or realize that the people who live in Israel, both Jews and Christians, are under nearly constant threat of murder by Islamic radicals. This is in part because of the Fake News Industrial Complex media blackout of anything even remotely negative about Muslim terror.

Reading Jewish newspapers and online sites keeps you more in line with real life there in the center of the conflict area, especially because although the news there is also very Liberal (just like here), they are not shy about telling the truth about the attacks.

One of the most recent attacks took place when a young Palestinian man decided that he was going to go on a killing spree. One of the first people he ran into (literally, with his car) was a former American Vietnam War veteran who had relocated to Israel many years ago. Needless to say, the Jewish vet was not about to be a victim that day! On the morning of November 17, U.S. Marine veteran David Ramati, who served 2 combat tours in Vietnam before moving to Israel and serving for 25 years in the Israeli Defense Forces, was walking along the Efrat-Darom intersection when 17-year-old Palestinian terrorist “Az a-Din” Ali Karajeh (Karaj) recognized his opportunity to kill a Jew.

After spotting Ramati, Karajeh whipped his car around and stepped on the accelerator, barreling right toward the veteran in a bid to run him down. What Karajeh didn’t realize was that you should never underestimate the fight in an American soldier.

According to Israel National News, Ramati looked straight into Karajeh’s eyes as he was speeding toward him and fearlessly uttered, “You’re not going to kill me today” before spryly leaping onto a fence to avoid being run over.

After plowing through Ramati and believing him to be dead, Karajeh set his sights on another Israeli civilian who was walking nearby. He then mowed down and severely wounded a 35-year-old man before exiting his crashed vehicle and brandishing a knife. Karajeh was critically shot by an Israeli police officer when he attempted to unleash a stabbing spree.

Fortunately, the young terrorist failed to slaughter any of his victims or even become a so-called “martyr” for the Palestinian cause. Disturbingly, while he’s receiving state-of-the-art treatment in an Israeli hospital, which all surviving Palestinian terrorists do, the Arab media are sickeningly twisting the report to propagate that Karajeh is an innocent Palestinian child who was viciously gunned down by evil Jews. 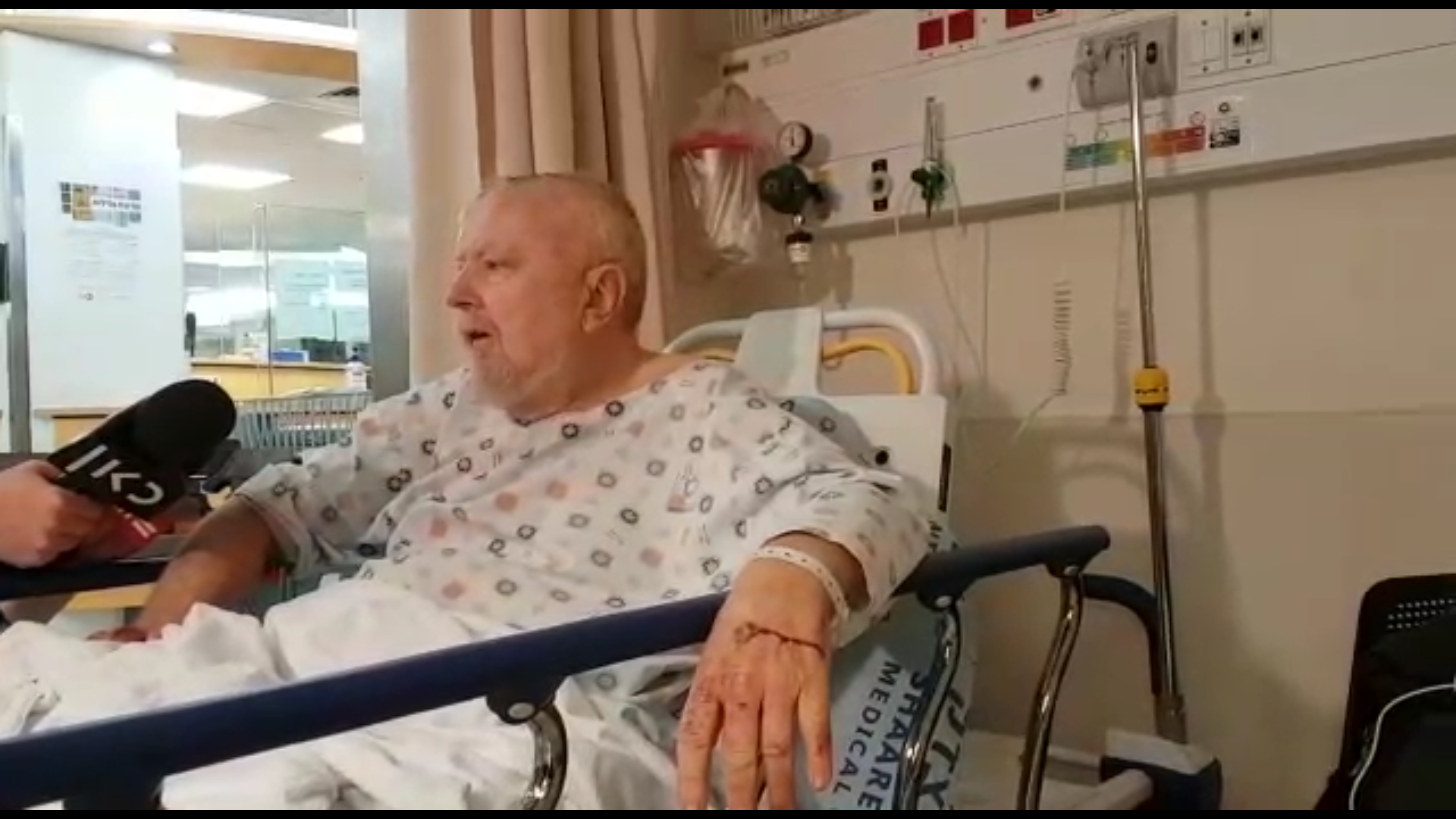 The most amazing thing about this story is that the young Palestinian has been raised from a very small child to detest Jews and Christians for no other reason than that they are infidels who don’t deserve to live.

Very much akin to the situation here in the US where antifa thugs consistently issue from the college campuses, brainwashed from the moment they enter by the Leftist and Communist professors, the young Muslim in that area of the world is brought up in a world of hatred and revenge on the innocent.