Militant Islam is on the move in the United States, and even more so in European nations with traditional western cultures. It’s creating a clash of cultures that are very different from each other and which, consequently, have a difficult time coexisting. There are just too many examples of this to deny the problem.

What those of us in the west are experiencing is a foreign culture seeking to supplant what currently exists in the nations into which it has inserted itself. Put bluntly, the goal is to replace western culture with some variety of Islam. For those of us in the U.S., this would require the jettisoning of our Constitution and most of our legal code, and its replacement with Sharia Law. This would turn our way of life upside down, and is a completely unreasonable and irresponsible demand to make.

It’s causing no small amount of controversy, and that’s quite understandable. Dietary laws are important to some Muslims, and one Muslim-owned chain of KFC restaurants in Chicago decided to advertise that his chicken is prepared according to Sharia Law. KFC told him he cannot do that as a franchisee, advising him that “we are not able to make religious claims.” He has sued, but KFC is not backing down. 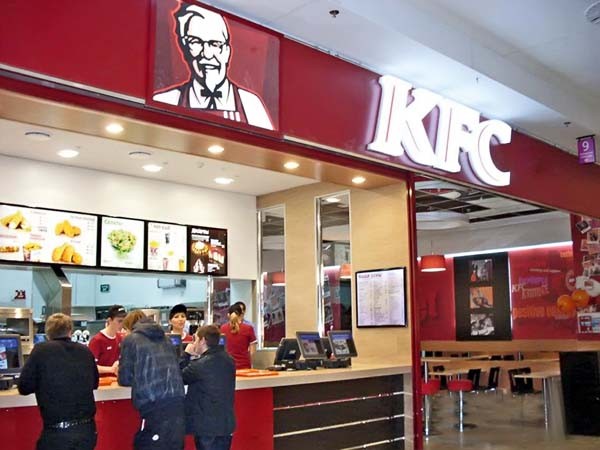 Afzal Lokhandwala owns eight KFC stores in Chicago. “According to Court House News, the man has been serving customers certified halal chicken for more than a decade – but that just came to a grinding halt.

“Come to find out, KFC decided to slap the man with the perfect response after growing tired of him breaking the rules. You see, KFC has a strict policy which prohibits franchisees from making religious claims about the chain’s food.”

Eater commented on the lawsuit: “‘Thousands of Muslims within the Chicago metropolitan area eat at Plaintiffs’ restaurants because they know Afzal is Muslim and the restaurants sell Halal chicken,’ the lawsuit states. Afzal says that if he’s no longer allowed to serve certified halal chicken, he’ll lose his Muslim customer base and will likely be forced to close four of his eight locations, putting as many as 80 people out of jobs.”

The Eater explains KFC’s reason for its position: “Unfortunately, we are not able to make religious claims, such as Halal or Kosher, about KFC products at this time. There are two barriers that we are not able to overcome. First, there are different interpretations of these terms within the same religious faith. Second, KFC cannot certify that in-restaurant preparation and cooking processes meet religious guidelines, for example restricting contact with non-Halal or non-Kosher food.” Mr. Afzal needs to open up restaurants under his own brand and sell chicken or whatever else he wishes that is prepared according the dictates of his religion, provided the food prepared under those rules doesn’t present a health hazard. Demanding that KFC assume the risk of litigation over claims of compliance with religious beliefs is not only unreasonable, it is absurd.

That is a risk for Mr. Afzal to assume all on his own. Hence his lawsuit should be dismissed, and if he refuses to comply with his franchise agreement with KFC, that agreement should be terminated as provided by law.