If not for activist judges intent on stalling every single agenda item on the Right, the Democrats would be sorely in need of some serious therapy. At present, at least one political action party is responsible for judge shopping and halting every Trump initiative so far this year. Not a single agenda item has gone unchallenged.

Compare that with Barack Hussein Obama whose agenda items (especially those that were far-Left in nature) breezed through Congress with nary a whimper of defiance from 99% of the Swamp RINOs. There is a reason, after all, why John Boehner had to bow out and passed the baton to Ryan. He was wildly unpopular in his own party and had never kept his many promises to fight Obama’s agenda.

One of the holdover policies has been in the cross-hairs of the president for a few months and is certainly not popular among Republicans and Independents. The issue is transgenders in the military. There is a conventional wisdom that says that the military, of all branches of the government, should be immune to social experimentation in the form of integrating gender blurring-of-the-lines verbiage and behavioral criteria for service members. A federal judge has just informed the White House that the president must enforce Obama’s signature legacy order and begin allowing transgenders into the military by January 1st! 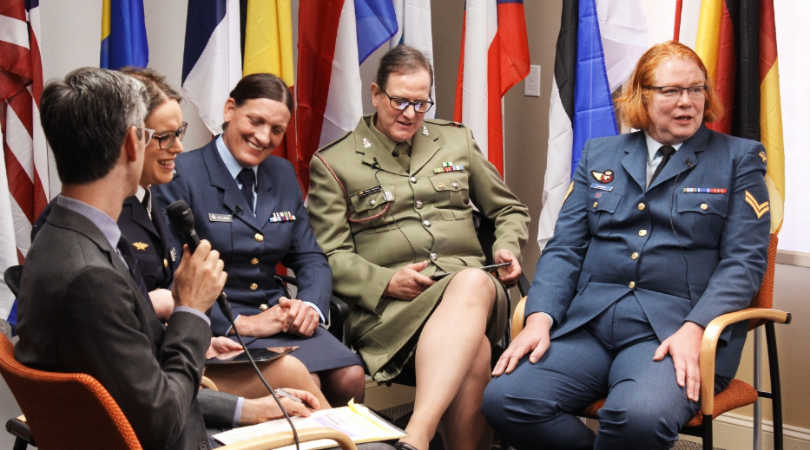 A federal court on Monday issued a clarification that the U.S. military must take transgender service members by Jan. 1, after partially blocking President Trump’s transgender policy in an earlier ruling.

Last month, a judge on the U.S. District Court ruled that the president’s order to ban new transgender recruits from joining the military — as well as potentially expelling current members — cannot be enforced while the case is being reviewed in court.

Judge Colleen Kollar-Kotelly wrote that her injunction means that the military must continue to follow the policies established by former President Obama’s “June 30, 2016 Directive-type Memorandum,” which allowed transgender individuals to enlist beginning on Jan. 1.

“Any action by any of the Defendants that changes this status quo is preliminarily enjoined,” Kollar-Kotelly wrote in the Monday memo.

The ruling came after Trump issued a presidential order in August that the military stop enlisting transgender people and not use funds to pay for gender transition-related surgery.

The memo also gave Defense Secretary James Mattis a six-month deadline to assess the role of transgender troops who are currently serving in the U.S. military.

In August, the judge released a lengthy memo accompanying her ruling in which she said the plaintiffs in the case, the National Center for Lesbian Rights and GLBTQ Legal Advocates & Defenders, are likely to succeed by arguing that the president’s transgender ban violates their Fifth Amendment right to due process. The two groups sued in August on behalf of six unnamed service members and two recruits. The Democrats are crystal clear on what it wants to achieve by the end of President Trump’s term and that is a complete rejection of every single agenda item, regardless of its merits or virtues.

A great political cartoon I saw sums it all up. The strip depicted the Fake News Industrial Complex watching an announcement by Trump about supporting or not supporting Roy Moore of Alabama. The headline on one newspaper read, “Trump Supports Child Molester Roy Moore!” while the other read, “Trump Turns Back on his Party Candidate!” The point is that the FNIC has already written pre-conceived notions about what the president will say and do, and you can bet that all of them will be negative. In this case, the narrative for Trump and transgenders was already written months ago. When an “awkward moment with a water bottle” is a headline, there’s nothing more that can save a corrupt and intellectually dishonest media.