The politicization of our justice system is nothing new. The Clintons are free today largely because of this. And we see this play out far too often as decisions to charge political figures with crimes are corrupted by political power plays.

The probe into alleged Russian interference in our 2016 presidential election and the possible complicity of Trump campaign officials has been a political witch hunt from the beginning. This fact has become more obvious as the so-called “Trump dossier” has been discredited, with evidence surfacing that it was Democratic Party leadership that engaged in nefarious activities.

Enter former FBI Director Robert Mueller into this case as a special counsel. While one might think that a former director of the FBI would be a terrific choice to head such an investigation, it turns out that this is not the case. It has now been revealed that Mueller has conflicts of interest that have prompted The Wall Street Journal to call for his resignation.

“‘It is no slur against Mr. Mueller’s integrity to say that he lacks the critical distance to conduct a credible probe of the bureau he ran for a dozen years,’ the Journal’s editorial board wrote. ‘He could best serve the country by resigning to prevent further political turmoil over that conflict of interest.’

“The board was writing in response to recent reports that suggest the FBI uncovered evidence of the Russian bribery and money laundering in the U.S. ahead of a 2010 decision by the Obama administration to greenlight the partial sale of the Canadian firm Uranium One to Russian energy giant Rosatom. The deal transferred control of 20 percent of U.S. uranium stocks to the Russians.” 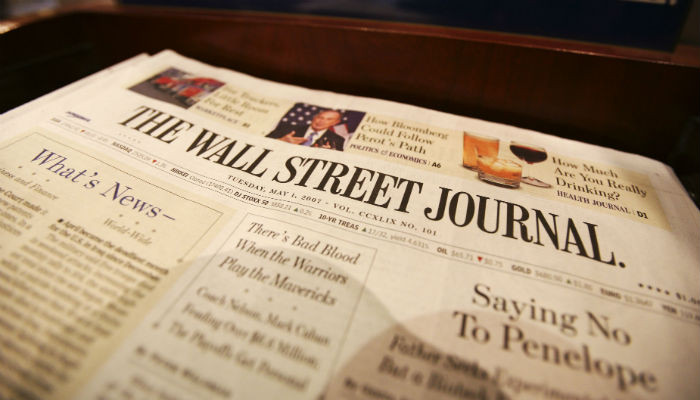 We should not be surprised. Whether the issue was immigration, foreign policy, or fiscal management, the Obama administration frequently failed to put the interests of Americans first.

Unfortunately for Mr. Mueller, his association with that issue and the controversy surrounding it calls into question his ability to be impartial in his role as special counsel as the Journal points out: “The Journal’s editorial argues that the FBI’s role in such controversies now needs to be investigated. Mueller served as FBI Director between 2001 and 2013, so he led the FBI at the same time the Uranium One deal was being debated and approved.”

Here’s one example of what was going on during Muller’s time at head of the FBI: “The FBI also reportedly found evidence that Russian officials routed ‘millions of dollars’ to the U.S. to be funneled into the Clinton Foundation — at a time when Hillary Clinton was serving as secretary of state and served on the government body that approved the deal.”

The question must be asked why Mueller did not pursue this investigation and seek the indictment of Hillary. And that is only one of a series of questions that need to be asked.

When the leader of an investigation as prominent as this one is compromised, he needs to step aside. The justified assumptions by the American people that justice at the national level is more a function of politics than guilt or innocence is only reinforced by questions as to the integrity of the investigation lead by Mueller.

The WSJ is correct. The stakes here are too high for Mr. Mueller to remain as special counsel. For the good of the country, he should resign.