Leftists in this country, of the same ilk as Hillary Rodham-Clinton, Barack Hussein Obama, and Rahm Emanuel, believe that Americans (and particularly those who are White Christian Conservative) need to assimilate to the new culture of those who are entering the country, not the other way around. They believe that people who want to be here have a “right” to be here, with or without going through the proper channels, because of course we as Americans aren’t the rightful owners of this land because we have illegitimately stolen it from the natives who were here first.

In this country, unknown to many, many Leftists across the spectrum, immigration was actually halted almost completely for a series of years in the mid part of the 20th Century for one specific purpose: assimilation.

Many of the empires throughout history have been completely wiped out due to the progressive disappearance of their culture. Some historians argue that the Roman Empire was destroyed by the very people that they absorbed in their conquest of the world. The Romans, later in their existence, were no longer interested in teaching and enlightening the world. After a certain point, Rome which was at the center of their universe, became lackadaisical and despondent. The people that brought their cultures into the empire ended up consuming the very motherland that once consumed them.

Many nations in modern Europe have been struggling mightily with the Schengen Agreement which is an edict enforced by the European Union that allows for a person who enters one European country to be able to travel easily throughout the rest of the union without a passport. The open borders policy has damaged many of the nations that participate in the union because of the ability for refugees to settle in virtually any nation without vetting.

Now, Austria has taken steps to ensure that from this moment on, Muslims will have to agree to assimilate into the Austrian culture in order to be considered for citizenship, including a full face veil ban while in public!

Austria enacted an integration law to promote Austrian culture among asylum seekers and refugees, but Muslims are furious about the religious restrictions it imposes.

The Integration Law, effective as of Oct. 1, bans Islamic face coverings in any public place and mandates that immigrants must sign an integration contract, take German language classes and classes on Austrian legal and social order, and pass an immigration exam proving their grasp of those topics.

The Austrian government passed the law for “the promotion of integration by strengthening the participation in society and securing the peaceful coexistence in Austria.” Some Muslims, like Algerian-French businessman Rachid Nekkaz, view the new law as Islamophobic. Under the law, those in violation of the face veil ban could face fines up to $585 and two weeks in jail, according to Gatestone Institute.

Kurz and his party promoted the law amidst a perceived immigration crisis in Austria, namely the “exploding radicalization of the Salafist scene in Austria” observed since 2014 by Austria’s Agency for State Protection and Counterterrorism. Kurz linked the threat of radicalization within Austria to uncontrolled immigration and the failure to integrate with Austrian culture.

“The immigration seen in recent years is changing our country not in a positive but in a negative way,” Kurz said according to The Local.

Rather than halt immigration, however, Kurz introduced the Integration law to bring what he saw as much-needed regulation to Austria’s immigration laws in order to fix the cultural divide between immigrants and locals. 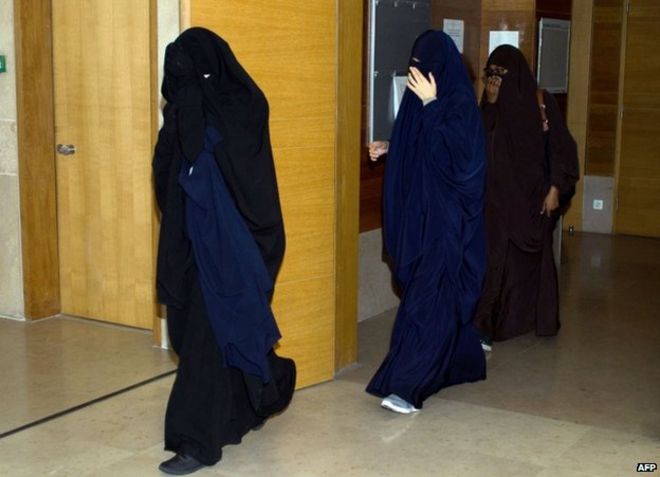 For those who thwart the new laws multiple times, they could be subject to having their opportunity at citizenship revoked. As well, others outside the system who opt to interfere in Austrian enforcement of laws could also be subject to further action beyond the fines. In this case, Nekkaz intimated that any woman slapped with this fine would have it paid in full by him. He even made an announcement as such.

With the European Union in serious trouble these days, especially in light of the latest blow to the EU in the form of Catalonia breaking away from Spain, the refugee crisis could spiral quickly out of control. For Austria, their main problem is the Brenner Pass through the Alps where refugees are pouring in from Italy in the country with unaccompanied children by the tens of thousands. This force to integrate may be just the remedy for this growing problem.