Finally, a watchdog group that we will be forever in their debt.

Judicial Watch has ethically done the right thing to fully and completely expose Hillary Clinton’s classified email scandal. After numerous Freedom of Information Act (FOIA) requests, Judicial Watch has been able to piece together more information about Hillary’s law-breaking abilities, despite the FBI telling us that she did nothing wrong.

In the latest FOIA review, Judicial Watch has notated that Hillary has a total of 317 classified emails/conversations that were never turned over to the FBI. Alongside that, her unsecure emails include links to her precious and potential slush-fund, the Clinton Foundation.

A new batch of emails sent or received through former Secretary of State Hillary Clinton’s unsecured email server by top aide Huma Abedin has been unearthed by conservative watchdog group Judicial Watch, and it revealed even more classified information passed through the server during Clinton’s time at the State Department than previously thought…

“These records further appear to contradict statements by Clinton that, ‘as far as she knew,’ all of her government emails were turned over to the State Department,” Judicial Watch said…

Then there were emails from Abedin that revealed that scheduler Lona Valmoro forwarded the secretary of state’s schedule to Clinton Foundation officials, once again showing the blurred lines between the State Department and Hillary Clinton’s “charitable foundation.”

That was hardly the only appearance of the Clintons’ well-heeled slush-fund in the documents.

“Clinton Foundation officials Laura Graham and Doug Band are also provided the call-in information for the conference call. (Author Peter Schweizer would later describe in his book ‘Clinton Cash’ how the Obama administration, during Clinton’s tenure as secretary of state, allowed hundreds of millions of dollars in U.S. taxpayer-funded reconstruction contracts for Haiti to flow through the Clinton Foundation.)” 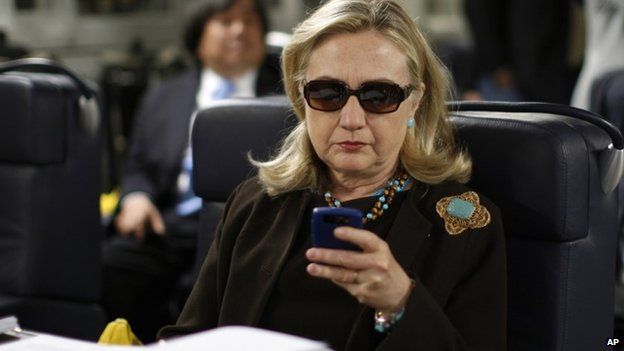 Judicial Watch is now calling for a new investigation, based upon the information they have received from the State Department. I completely agree! It’s time to put Hillary in jail, once and for all!