Our Constitution is a fascinating document. It seems to almost predict the problems the nation might have and offers solutions in advance. No doubt that’s because its authors were brilliant men who were so familiar with history and human nature that they could create basic protections that would be relevant in an age where technology is beyond most anything they could have imagined.

Perhaps that’s because that while technology changes, the fundamental human problem does not. Hence the methods for dealing with incompetent or tyrannical leaders remain much the same. In any case, we might be about to get a dose of our founders’ wisdom dealt directly to House Speaker Ryan and his inability to get much of anything done.

Note that our Constitution does not require that the speaker of the house be a member of Congress. Hence, Mr. Ryan can be told to either get with the program or he’s fired and will be replaced by either Newt Gingrich or Rick Santorum. If Ryan thinks he cannot be replaced, the truth might be about to come down on him hard. After all, a speaker who obstructs the president who happens to be a member of the same party needs to go. 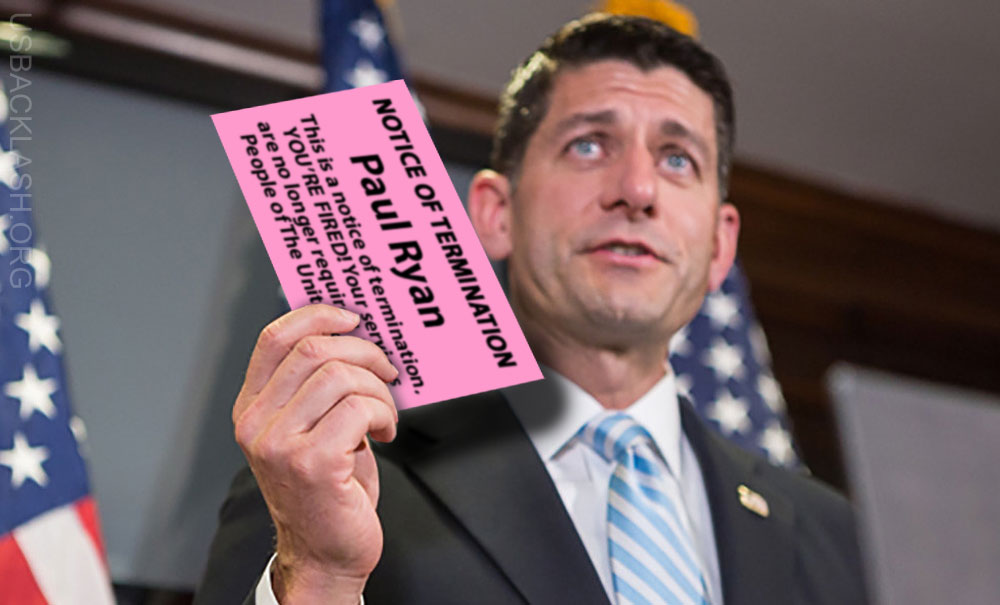 “Several influential House conservatives are privately plotting ways to use the legislative calendar this fall to push their hard-line agenda — including quiet discussions about possibly mounting a leadership challenge to House Speaker Paul D. Ryan.

“The group has gone so far as to float the idea of recruiting former House speaker Newt Gingrich or former Pennsylvania senator Rick Santorum as potential replacements for Ryan (R-Wis.) should there be a rebellion. The Constitution does not require that an elected member of the House serve as speaker.

“While the chances that a non-House member could mount a credible threat to Ryan are exceedingly slim, the fact that the group has even toyed with the idea underscores their desire to create trouble for GOP leaders if they believe their demands are not being addressed.”

Don’t be put off by that remark about a “hard-line agenda.” Recall that this is the Washington Post from which we are quoting.

Much of this opposition to Speaker Ryan is coming from the conservative House Freedom Caucus.

“Rep. Jim Jordan (R-Ohio) and other Freedom Caucus members are also involved in the talks to varying degrees, according to nearly a dozen people with knowledge of the discussions.

“On Wednesday, [Congressmen] Meadows, Jordan and Rep. Scott Perry (R-Pa.) took their concerns directly to Ryan, telling him in a private meeting in the Capitol that his failure to enact conservative priorities could diminish his support among conservatives.” While this should be considered a long-shot, Ryan does not have a lock on the speaker’s job and is not immune to getting fired. It’s also important to note that President Trump comes from a background where leaders expect subordinates to get the job done. Which means he is bound to clash with politicians who often survive based on their ability to dodge issues and jawbone the public into believing they are accomplishing things when they are doing nothing of the sort.

Perhaps Mr. Ryan needs to have a long talk with himself and decide if he is on the correct course.