You may vaguely remember that during the early days after the election of Donald Trump to the presidency, a load of information had been leaked to the press about private conversations he and his staff had had with other foreign leaders, ambassadors, private citizens and CEOs. The information was precise, it was accurate, and it was supposed to be damaging. The leaks of these conversations came in a flurry, day after day, into which the press eagerly delved.

After a few weeks, Trump himself announced that he had evidence of Trump Tower being bugged and that people’s heads would roll, because the NSA was responsible for the targeted tapping, someone in the Obama administration high-up had called for the unmasking of that metadata to find out who was speaking, and that it was now being leaked in a felonious way.

As it turned out, the charges were true. Soon after, former National Security Advisor Susan Rice was identified as the person who had requested the “unmasking” and she was high up in the chain of command for the Obama administration. Gregg Jarrett on Lou Dobbs’ show on Fox News revealed that the fact that Rice has just withdrawn herself from answering any questions publicly to the House Intelligence Committee regarding this situation. Jarrett has offered that this is serious and that indictments were likely; possibly Rice and maybe even Obama himself. 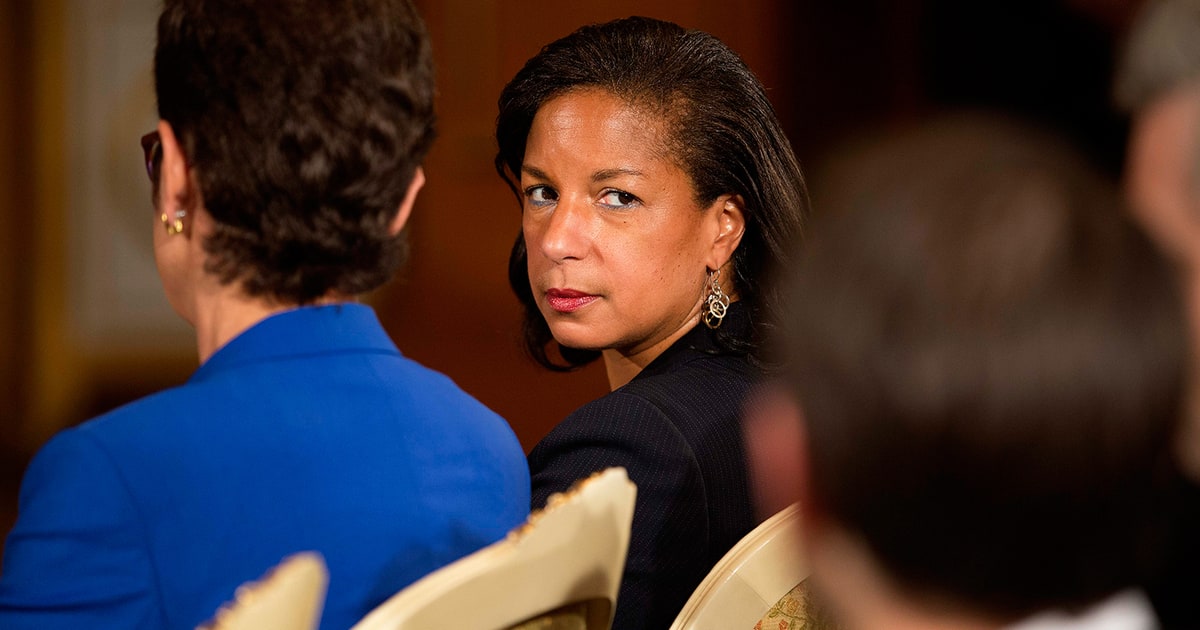 As The Gateway Pundit reported earlier, Susan Rice will no longer be appearing in front of the House committee on Tuesday to answer questions about her unmasking of Trump and his private associates.

Jarrett says Rice’s latest moves suggest she has lawyers involved and that she is in “very serious legal trouble.”

Gregg Jarrett: This tells me that lawyers have gotten involved. Lawyers probably told her to clam up… Because she’s in legal jeopardy… At least one crime was committed here and likely many more.… I would imagine that once they determine who did it (unmasked) here they’re going to be indicted. Now is it going to be a member of the administration, it would have to be because they’re the only ones who had access, top administration officials, to the intelligence that actually does the collection.

If Hillary was not indicted for the reckless and cavalier way she treated classified and top secret information from the Pentagon and other intelligence offices in the U.S. Government, there is absolutely no way that President Obama will be indicted. There will be fall-guys and fall-girls, but I can’t see him having his fingerprints on anything.

Much akin to the way the whole IRS Scandal was treated, Lois Lerner got a free pass and Obama was not even ever close to being caught up in the mix. Those individuals on the Left who are well-insulated from harm will always be treated in a very different way from the little people like us. And that’s the sad truth.