News has surfaced again regarding the Trump Dossier. Funny how for seven or eight months, all the Democrats wanted to talk about was the dossier, yet now that the collusion appears to have been committed by Hillary and her DNC lackeys, the Democrats want us to drop it and stop talking about it. In fact, there is an unspoken blackout on the subject in the mainstream media.

The House investigation into the Dossier, led by Representative David Nunes, is zeroing in on the bank and financial records of Fusion GPS and that company is furiously attempting to block anyone seeing the information. It’s now come to light that the company actually bribed journalists to spread the disinformation about the dossier, even though it was unverified!

Worse still, when John McCain was directed to speak with Michael Steele in London by an unknown source, the Arizona senator wasted no time and sent his top aid, David Kramer, to the United Kingdom to fetch the information on the dossier. Immediately upon receiving it, McCain wasted no time in placing it directly into the hands of the FBI Director, James B. Comey! Now Buzzfeed is attempting to get to the bottom of the story through a subpoena of Kramer and the McCain aide is reportedly dodging the induction! 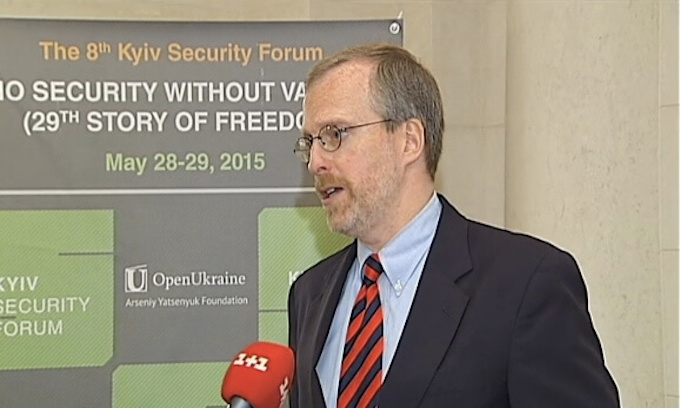 Lawyers for a Russian tech executive suing BuzzFeed for publishing the Steele dossier say that a longtime associate of Arizona Sen. John McCain and two major news outlets are resisting subpoenas seeking their depositions for the case.

In a brief filed in federal court late Wednesday, lawyers for the executive, Aleksej Gubarev, claim that David Kramer, a former State Department official and McCain associate, “has been seemingly avoiding service” of a deposition subpoena for weeks. And The New York Times and Wall Street Journal are challenging deposition subpoenas they have been served as part of the case.

Gubarev’s attorneys say that identifying BuzzFeed’s source could shed light on whether the news outlet was warned that information in the dossier could be false. They argue that publishing the dossier despite such warnings would show “reckless disregard for the truth or falsity of the information published.”

BuzzFeed has defended its decision to publish the dossier, which was financed by the Clinton campaign and DNC and commissioned by opposition research firm Fusion GPS. It is also resisting demands from Gubarev’s team to identify its dossier source on the grounds that it would violate its First Amendment protections as a news-gathering organization.

Fusion, which has denied being BuzzFeed’s source, was paid $1 million by the Democrats for the Trump project. The firm, founded by three former Wall Street Journal reporters, paid Steele $168,000 for his spy work.

None of outlets that have been subpoenaed by Gubarev are known to have had a full copy of the dossier published by BuzzFeed. BuzzFeed reporter Ken Bensinger disclosed last month that he obtained the dossier from a source in late December.

The BuzzFeed document consists of 17 memos and 35 pages dated from June 20, 2016 to Dec. 13. The only people known to have had possession of the entire dossier besides BuzzFeed are Steele, Fusion GPS, McCain and Kramer, a former director at the McCain Institute for International Leadership.

Steele has denied in the London court that he gave the dossier to any news outlets. Fusion has also denied being BuzzFeed’s source, though the research firm has said in court proceedings that BuzzFeed asked for a copy of the uncorroborated document. Fusion’s lawyers have said that the dossier was not provided.

McCain also recently denied to TheDC that he gave the dossier to BuzzFeed. He has previously admitted to giving a copy to Comey during a Dec. 9 meeting, though that version would not have contained the final Steele memo.

The fact that Kramar is not talking and is avoiding answering questions, and that John McCain has been getting very nasty to reporters who are asking questions surrounding the Dossier is telling.

If the financial records of Fusion GPS are breached and the Nunes panel in the House is able to see these bank payments, will they show, not only the Clinton/DNC angle in all of this, but also the McCain angle? In fact, what other questions could be answered with these financial records? Perhaps we’ll soon find out.