Very few of us have ever lived lives that even remotely resemble those of Bill and Hillary Clinton. And for this author, at least, that is something for which to be thankful. It’s hard to imagine what it must be like to be under almost life-long investigations focusing on criminal acts. The legal bills alone must be staggering. 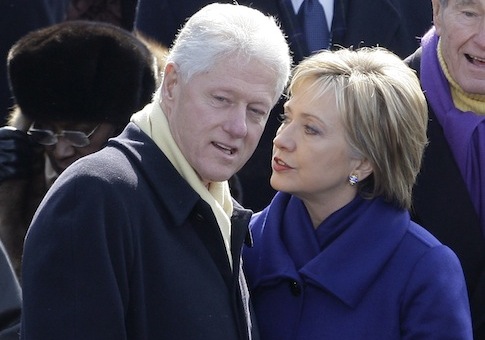 When you consider all the nefarious acts they have been involved in, they might actually blunder into the truth when they claim that they don’t remember the details of a particular deal or transaction. Who could? Theirs is the situation that when you tell so many lies, eventually you forget what you lied about and inevitably wind up contradicting yourself. Even though they are in something of political retirement, the investigations continue. Wonder what they’ll say about this one?

With the rise in the stock market post-election, many companies have seen their stock prices rise. But one connected to Bill Clinton hasn’t done so well. “While a rising tide tends to lift all boats, a number of companies have missed out on the Trump bump. One such company is Laureate Education, a for-profit college with ties to Bill Clinton. Despite having billions in debt, the company paid Bill Clinton $17.6 million to be honorary chancellor, and gave $5 million to the Clinton Foundation.”

Here’s a company that is financially going down the drain that still found a way to pay the Clintons a total of $22.6 million. It deserves to fail.

Besides its obvious bad financial judgement, what else do we know about this institution? “The Daily Caller reports that the company ‘is facing charges that one of its institutions in Turkey may have violated the U.S. Foreign Corrupt Practices Act, which bars American companies from bribing local officials for business.'”

The Clintons involved with a company that buys off foreign officials? Can it be???

Here are a couple more tidbits that should come as no surprise: “The company now is under investigation by the Internal Revenue Service whether it gave funds to the Clinton Foundation in a ‘pay-to-play’ scheme whereby the company received favors by then-Secretary of State Hillary Clinton. Laureate failed in its IPO filing to inform potential investors of the IRS investigation. In 2013, when Clinton was about to leave the Department of State and Bill Clinton still was Laureate’s ‘honorary chancellor,’ the International Finance Corporation — an arm of the World Bank — invested $200 million in the company.”

Recall that in addition to their need to acquire continuous defense for alleged crimes, there are civil cases against which they need defense as well. Add to this the fact that their sordid personal lives are on display for public view and condemnation, and it just looks like a hideous way to live. Can the millions of dollars be worth all that? They can have it all. What a pair of profoundly messed up people. You have to wonder if any of the bookies in Vegas are taking bets on how many corrupt organizations the Clintons have been involved with. Probably not. Even computers can’t count that high.